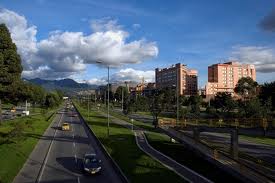 10. Bogotá, Colombia: In recent years, Bogotá has drastically improved its reputation, moving from a city plagued with organized crime and poverty to one that is renowned for its green living and sustainability. The capital city of Colombia boasts an efficient public transport system, more than 1,100 urban green spaces and hundreds of miles of bike trails. 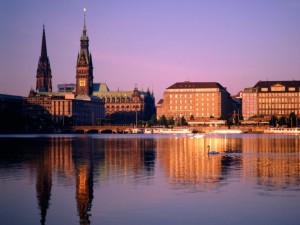 9. Hamburg, Germany: Hamburg, winner of the 2011 European Green Capital designation is busy developing its city to bring it in align with sustainable standards, and it’s this change that’s earned it a place in the list. Hamburg is currently redeveloping 388 acres of industrial land to make way for shops, parks, housing and other essential amenities. 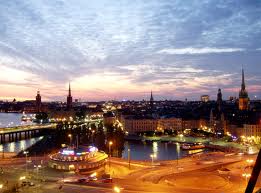 8. Stockholm, Sweden: Stockholm took the title of the European Green Capital back in 2010 for its outstanding commitment to sustainability. Its carbon emissions are impressive, the average for a European city is 10 tons per capita, however Stockholm produces only 3.4 tons. It’s also famous for the fact that over 40 percent of the city is made up of green spaces. 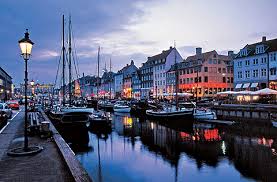 7. Copenhagen, Denmark: Copenhagen has built up a reputation as being a worldwide leader in the efforts to combat climate change. It’s also renowned for its bicycles. With nearly one third of residents primarily using their bikes to get around the city – this number is expected to increase to 50 percent by 2015. 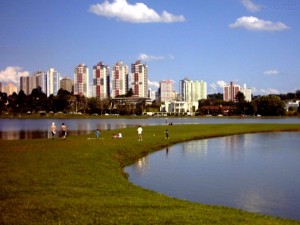 6. Curitiba, Brazil: Curitiba is undoubtedly the green capital of Brazil, with over 1,000 green spaces, 14 forests and 16 parks it’s no surprise it has made this list. A whopping 70 percent of the city’s waste is recycled and even has flocks of sheep in its parks and green spaces to keep the grass under control. 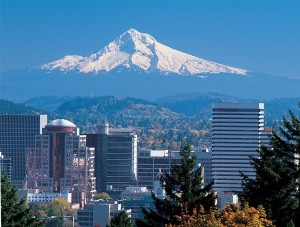 5. Portland, Oregon: Portland was the first city in the USA to take on a climate change action plan and it has plans and laws in place to ensure that the city stays within the limits so the rural land is only preserved for agricultural uses. It also has an excellent reputation in terms of its commuters with over 25 percent of its workforce either traveling by public transport, bicycles or carpooling. 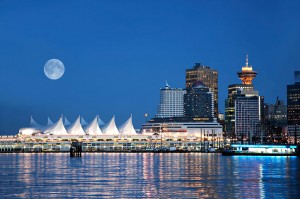 4. Vancouver, Canada: Vancouver has high hopes that it will become the world’s greenest city by 2020. The city is famous for its innovative clean techniques, for example it has solar powered trash compactors which are the same size as a regular bin but can hold up to 5x more rubbish, meaning fewer pick-ups for the bin men and therefore lower emissions. It also has a vast amount of renewable sources available meaning it can draw an impressive 90 percent of its power from these green technologies. 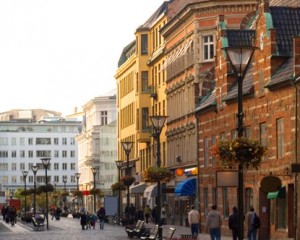 3. Malmö, Sweden: Malmö is the proud owner of one of the largest energy parks in the world and it boasts an abundance of green space as well as a vast variety of green technology solutions. The Western Harbour in Malmö is completely powered by renewable energy from the sun, wind, hydropower and biofuels. Even the city’s buildings are green, constructed using sustainable materials they’re specifically designed to be as energy efficient as possible. 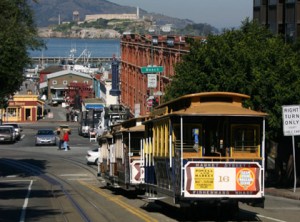 2. San Francisco, California: San Francisco has been at the forefront of sustainable living for many years, in 2007 it became the first US city to ban the use of plastic bags, this has saved over 100 million bags from being thrown into landfill each year. It also started a comprehensive recycling program in 2009 and so far has managed to save 77 percent of materials from ending up in landfill – making it the most successful program in the United States. 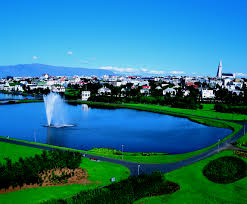 1. Reykjavik, Iceland: Reykjavik in Iceland has taken the top spot, and rightly so as it’s a city completely powered by renewable energy. The city is surrounded by geothermal activity which can then be converted into clean energy.

The plan for Reykjavik is for the city to be completely independent by 2050, having no reliance on fossil fuels at all.

The city currently uses hydropower and geothermal activity to provide hot water, electricity and heat for the city.